Why Is My Dog Sleeping with Eyes Open

Dogs, on average, sleep around 12-14 hours per day. Puppies extend their bedtime to staggering 20 hours. Similarly, senior dogs love to lengthen their slumber period. Both puppies and older dogs tire out pretty fast. Drained energy levels inevitably tow them to the bed for recovery.

Open-eyed sleep is a natural habit for canines. You could trace it among specific breeds even more. However, it sometimes suggests looming dangers.

So, how to distinguish between normal and abnormal dog sleeping habits? Why is my dog sleeping with eyes open? This question has a complete answer in our blog.

How do dog eyes function differently from human eyes?

Dog eyes closely resemble that of humans. Nonetheless, they offer several distinguished properties too. Dogs possess keener vision than humans. Anyway, numerous dogs have weak vision, just like us. They cannot see any better being devoid of eyewear like contacts or glasses.

Like camels and kangaroos, dogs possess third eyelids, a simple membrane. It maintains eye moisture while wiping out dirt and averting dust from the eyeball surface. Human hands can effectively clean eyes and thus invalidate the necessity of the third eyelid. Dogs are incapable of doing that. Hence, they need an extra protective layer on their eyes.

Most importantly, the third eyelid actively blinks when the eyes remain shut. Contrarily, it retracts as the eyes open up. Typically, you see their third eyelid exposed when puppies are sleeping with their eyes wide open.

Related article: When do puppies open their eyes after being born

Why is my dog sleeping with eyes open?

Several reasons contribute to sleeping with their eyes open. It could be completely normal or something related to medical concerns. Initially, you can check it up by consulting the vet. Vets can say for sure if this sleeping habit is, in any way, remotely connected to medical grounds.

Dreams can reveal a dog’s eyes while sleeping. Usually, leg shaking accompanies dreams. Deep sleep exposes their eye socket with these outward spasms. Evolution experts point out that a sleeping dog is a vulnerable dog. Hence, his wide-open eyes could scare off potential danger.

Many hunter breeds, including Beagles and Great Danes, sleep with their eyes open. It suggests their ever-alert nature and upbringing. Despite falling deep into sleep, they remain on guard and are wary of attackers or intruders.

Prominent bulgy eyes feature breeds like Pugs and French Bulldogs. These bulbous eyes deceivingly appear open while they are sleeping. However, the inner translucent third eyelid takes over during slumber time for additional protection purposes.

Sleep and seizure seem the same regardless of their fundamental differences. Seizure turns your dog tense with snarling jaws. So, his distressful feelings become obvious through ceaseless moans, howls, and noises.

A professional dog tip — Call the dog by its name. He responds to your call if he is asleep. But a seizure leaves him partially numb or paralyzed, and he fails to wake up and respond to his name.

As you notice a seizure, you need to clear out the nearby areas of the puppy to prevent him from getting hurt. Your soft and reassuring voice sends a positive signal to the canine. Conversely, loud thuds or noises startle and trigger him further to the edge.

Is my dog sleeping?

Dogs lie around the bed much of the day. Therefore, are they sleeping while breathing heavily?

The human sleep cycle goes 90 to 120 minutes. We might fully or partially wake up as we finish a cycle and enter the next.

Hence, they wake up now and then throughout their entire sleep time. If your puppy is relaxed and lazing around the bed with its eyes open, he takes a few moments to enter another sleep cycle. Right now, he is not fast asleep.

However, he enjoys each second of this remarkably relaxed and restive state. He is just exploring the surroundings to ensure safety.

When is opening dog eyes a problem?

A seizure during sleep is a genuine concern. But it is a rare phenomenon. Several illnesses or hereditary issues could spark seizure that affects the brain.

A seizure aligns with violent leg spasms that markedly differ from regular leg stretching during sleeping or dreaming. A seizure forces open the eyes of the puppy. Blank dog stares and odd eye movements are traceable in this condition.

His eyelids remain moderately closed if he simply twitches in a relaxed mood.

A dog seizure is a rare incident. It corroborates with other clinical conditions. If you doubt seizures, consult the vet mediately for proper advice.

Can I wake a dog having a nightmare?

Never is waking a dog a good idea, let alone during a nightmare. Startling wake-up calls leave them disoriented and fearful. Therefore, aggression is a natural outcome as the beast goes fully functional.

Also, dreams and reality mesh together, and puppies have a tough time distinguishing between them. This explosive situation leads the dog to bite people in the vicinity. He takes you as an aggressor from the dream while failing to put reality in its place.

So, dog experts advise you to stay clear from waking a puppy. Your canine friend must wake up naturally. Afterward, you may comfort him. Probably, dogs do not vividly recollect dreams just like humans.

The REM phase identifies the dream state. Similar to humans, dogs go through the REM stage during sleep. It totals around 10% of their sleep time.

We can put it as their “deep sleep” period. Sleep specialists opine that canines probably have dreams like humans while in the REM stage. Presumably, white eyes and leg stretching denote dreams.

My dog sleeping with its eyes open gives uncanny feelings. However, experienced dog owners find it coldly uninteresting. This physical trait is common for many dog breeds. You need not worry about it.

Eventually, you can locate the standard bodily postures while a dog is napping. Anyway, you have to notice only when this characteristic couples with other unusual movements. Still, go to the vet and do not worry.

Ronald Grint
Ronald Grint is a writer and pet lover. I have a sound knowledge of pet behavior, health, grooming and care. I have almost 10 years of experience in content editing. 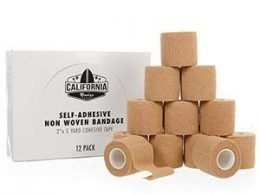 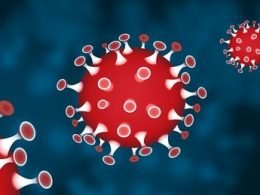 What to Do to Prevent Dog Coronavirus? 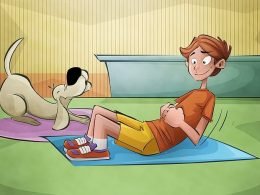 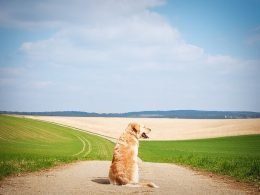 How to Keep Dogs Cool in Summer