In general, small or toy dogs belong to the group of dogs that require little exercise. But our focus is not to flood you with the names of only small low energy dogs. We have pointed out the couch kings who will often loathe the idea of an exercise.

Hence, these dogs may be compared to the low maintenance dogs. Here go the dogs that do not need a lot of exercise.

You have just met the true king of the lazy dogs. Deformed breed demand has led them to huge physical inabilities. They were rough and tough in the good old days. But currently a English Bulldog will always prefer his couch to a walk. Kid friendship is one of the few things that can move them.

Pugs are a quiet dog breed. They will show a lot of tricks while in a fitting environment. But Pugs are not very active and so make a great indoor pet. A Pug is in love with his spot on the sofa. Obesity fares a real danger for a Pug.

Low energy level and low exercise demand is a trademark of Chow Chow. Especially in Summer, do not take him out in the heat. They can do well in small time games as well as exercise. But he is a real guard dog with natural weariness against strangers.

There will certainly arise a tug of war between a Frenchie and a Bulldog over the possession of the top spot in this regard. Just like a Bulldog, he is content with a short walk. But you have to devise plans to work him out in order to prevent obesity. He is a fantastic companion.

If you want to physically venture together with your dog, Shih Tzu is not the ideal choice. They thrive on a least amount of exercise. This is an indoor dog perfectly fitting in an apartment. He is your love bird and not a hunting companion.

Do you need a large dog with low energy intensity? Here is Bullmastiff for you. He can demonstrate occasional bursts of energy. But unfortunately, it runs for a short time. ‘Walking is better than running’ happens to be their motto. Nevertheless, this is a fearless guard for your family.

Many eyes are already rolling seeing a racing monster on this list. But it is true. While pursuing something, Greyhounds are a formidable force. But in absence of a challenge, they are champion couch potatoes too.

This dog will seek the lowest amount of exercise possible. Do you have a very short space? Never mind. Chihuahua can well accommodate there. Any lengthy physical activity will wear him out.

The list of dogs that do not require a lot of exercise is fulfilled with a Basset Hound presence. They will not ask for more than a walk and most probably it will be followed by a sound slumber. He is not the one joining your activities enthusiastically. He likes to lay back most of the time.

This is another toy breed. Canine speed means little to a Pekingese as they have their own definition in this regard. He will participate in action with his personality and dignity intact. But most of the time, they will opt out of any physical activity.

Owners look out for different characteristics in their dogs. These low energy dogs are low on exercise demand. But they grace your home with companionship, love and often protection.

So, these dogs are not to be considered lower than their other active counterparts. You have to choose them based on what they offer, not what you want. 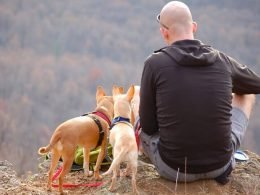 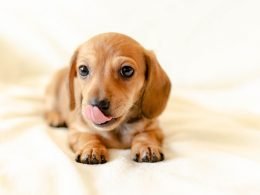 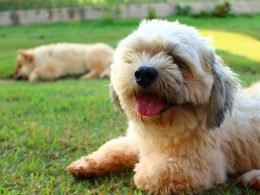 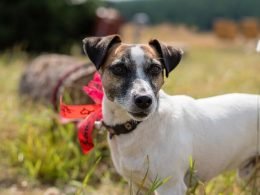 This Is Why Dog Intelligence Ranking Matters