How to Cut Dog Nails that Causing No Pain

A wild dog does not need any trimming. So, why is it necessary for a pet dog?
Total
0
Shares
0
0
0

A wild dog does not need any trimming. So, why is it necessary for a pet dog? First of all, we do not physically interact with a wild dog and his nail cutting is not that much important to us.

Then a home dog, as a pet animal, likes to run around on hard floor surfaces. Whenever his long nails hit the floor top, a sheering pain reduces his actions into mere limping.

In an extreme situation, his nails may squeeze back into his paw flesh. Now, let’s jump into the details on how to cut dog nails.

Do long nails hurt my dog?

Yes, of course, it does. Untrimmed nails may even cause some bleeding too. Practical necessity is a bigger demand here than those beauty issues. Long walks can naturally help keep his nails shorter. You will do fine with these aspects in mind.

How long should a dog’s nail be?

His height and paw size often determine the nail length. You can realize the necessity as you hear a clicking sound from his movement. His nails also take a turn on sideways if the growth reaches the limit.

You can place something of a smaller width beneath his nails if they are of an ideal shape. If you are not too much into dog maintenance, then you should take a look at these pooches. They are far less time consuming in some other aspects.

As your companionship grows older, you can fix a certain schedule regarding nail trimming. Until then these benchmarks will assist your decision making. It is better to have a weekly closer look.

Does cutting a dog’s nails hurt?

It hurts the dog if the cutting is too deep. Whether it is too deep or not depends on an impeccable identification. You are going to know about it in the next section. This is often a result of inexperienced execution on our part.

But pain is a secondary issue here. Your dog is not really comfortable to let you get anywhere near his feet. He might feel constrained in this posture and is unwilling to lend you a happy hand.

How should I clip dog nails?

A good starter is to become familiarized with dog toenails before you know how to cut dog nails. It consists of nails and quick. Both these segments belong to the same hard part. But if your dog has light colored nails, it is easier to identify the distinction.

Nail is the dead extension of the quick. Quick is pinkish in color and remains closer to the paw flesh. But if your dog has black colored nails, there you can identify a solid black dot on the forefront.

Both the pink and the solid black dot declare a no-go-zone. It contains blood vessels helping with blood circulation to the nails. Cutting this part will result in tremendous bleeding as well as pain. Your dog should be well acquainted with this process from a very early age.

If you start from his puppyhood, he is unlikely to make a fuss over the clipping session. But you always have some extra care to take while handling aggressive dogs. In the beginning, it is better to cut one nail at a time which will eventually habituate the dog to the process.

At some later stage, the dog will not mind cooperating with you for long sessions. A steady owner will be able to overcome all the touchiness of his dog. If your dog is especially jumpy, you can first tire him out with heavy exercise. Thus the dog will be left with no energy to show off his dissent.

What are the best nail clippers for dogs?

You can choose either scissors or guillotine trimmer. Guillotine type clippers often crush the nail in a worst case scenario. Scissor type trimmers are better in this regard.

Small size scissors are more suitable as you can exercise more control over the process. You can also reach out to the remotest parts with flawless accuracy.

Of course, large breeds will need bigger trimmers. You have to maintain the sharpness of the tool.

For this purpose, either sharpen it or buy another. We suggest you act very patiently. Your calm and sure-footed moves will convey an important message to the pooch. He will also likely throw away his temper tantrum.

What is the core action?

If you are not going to a vet or a groomer, well then this is the section you need to know better. For a better visibility, you have to do it during the daytime and in outside. Hold his paw firmly with gentle care. Push the paw to bring out the full body of the nail.

Then, snap a bit of the nail at a time. Never go for all of it at once. Angular trimming which is parallel to the floor is preferred to vertical cutting. You are likely to make mistakes. Small bits of cutting will leave you some space to remedy your errors.

If you are using a grinder tool instead, you have to follow the same method. Grind a little and give it a pause. Large breeds often prefer grinding.

The quick grows longer as you pay little attention to the trimming. But with each cutting session, the quick recedes closer to the paw flesh. Regular trimming will give you a lot more leverage on not cutting the blood vessels as their reach gets smaller.

When you are done with the insensitive part, file around the top as well as sides of the quick. You may finish the job as you can see the overgrown part is gone. Cutting the quick is quite common in practice.

In case an accident happens, you have to wipe out the blood and use some styptic powder to obstruct blood flow. It will clot the blood flow almost within minutes. Just press the powder firmly on the cut. Eventually, the dog will come round soon.

Your dog’s attention tremendously depends on your praising words and treats throughout the session. After the job, give him some unforgettable food which will motivate his spirit for the next schedule.

As you have mastered the tricks on how to cut dog nails, let’s get into action as of today. You can also look into the most effective ear cleaning method.

Why does my dog chew his nails?

Unlike humans, this dog behavior does not indicate that the dog is cutting down the nails. Licking paws or biting nails are not part of his cleaning efforts. But it may also indicate anxiety on his part. It is often a sign of physical illness.

A regular licking is different than an occasional one. Atopy or inhalant allergies cause itching which will result in biting or chewing of his paws and nails. The moisture and bacteria in the saliva then bring forth some nail bed infections. 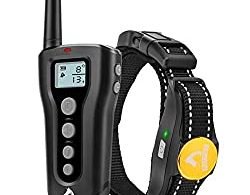 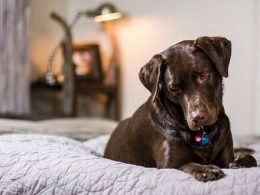 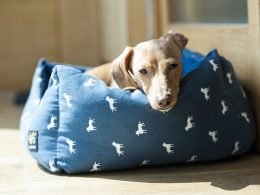 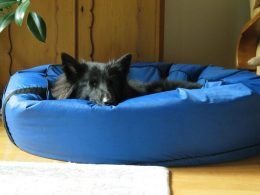