Distinct physical features such as round head and barrel chest identifies a Pug. He has an intuitive charisma and bears a happy soul. He is capable of charming you almost effortlessly. This is why these small family dogs enjoy sky high popularity. He is a happy part of your nice family.

Primarily, Pug appearance melts our heart. Then, his personality takes over his look and demonstrates its eminence. If you are looking for any job from him, we beseech you to think twice. He will never lend his hand into hunting, retrieving or guarding.

So, why should you take him in? Yes, a Pug is an incomparable companion for you. They hunt and it is only for the sake of capturing a spot on your lap. They guard on your affection and love. He will make you laugh and have good time.

But he will never let down his personality in doing so. His demeanor rarely experiences any change during humorous actions. Most importantly, this is an incredibly kid friendly dog in the whole block.

While having a Pug, you have to be careful not to bow down to his whims. They are twist masters and usually wriggles their way into the target. They are tremendous food lovers just like a Bulldog.

Usually, Pugs manage access to any treats they want to. Wonderful temperament is a solid weapon in their armor. They are neither a boisterous nor a laid back member of your family. They act in the nick of time and dazzle the audience. These dogs are really amazing at maintaining good terms with the kids and other pets.

Finally, a Pug will not bore you in any way.

Both homemade and commercial food items go well with a Pug. They need ½ to 1 cup of daily intake. ‘Live to eat’ is a true fact applicable to this toy dog. Having some food and a bit of your attention is all they want.

Obesity is a threat that demands your constant supervision. So, strict feeding schedule is vital for a Pug. Pug meals should be rich in protein and fat components.

At least, 18-20 percent of proteins in each meal will provide him with ample energy. Beef, chicken, fish, turkey, eggs, dairy items and lamb are excellent sources of proteins. Barley, cereals, vegetables and oats will give him some plant proteins.

But vegetable proteins are not proficient in amino acid which is vital for the health of a dog. On the other hand, flaxseed oil, Safflower oil, olive oil and fish oil will supply the dog with necessary fat. Fat prevents an injury by protecting the internal organs by setting up a protective layer. Bone and joint strength also derives from it.

If your dog has already gained fat, you have to choose a meat based food  that runs low in calorie. In this respect, poultry feathers as well as feet are not recommended for your puppy. These fillers contribute less to energy and more to obesity.

You have to go for fruit and vegetable reliant carbohydrates but not grains. Dry kibble is especially suitable for proper teeth maintenance along with nutritional supply.

Moreover, you can be flexible in providing him food depending on his activity level. If your puppy leads an active life, treats will fill up his additional requirements. On the contrary, an idle dog must not have access to filler treats or supplements.

This list of health problems does not mean that your dog is going to suffer from all or any of these. He may be a very healthy dog opposite to this list of Pug health concerns.

Here, our aim is to increase awareness among dog owners about common health conditions. As one of the brachycephalic breeds, Pugs demonstrates breathing difficulties.

Usually, it occurs in a hot or humid weather. On top of that he is prone to this problem if the exercise pressure leaves a toll. It may even lead to a heat stroke.

Health clearances from the Orthopedic Foundation for Animals (OFA) are mandatory for this dog. Especially, hip  and elbow dysplasia along with patellar luxation can mostly be avoided in this fashion. Ocular diseases such as corneal ulcers and dry eye can be issues to reckon with.

However, there is no test for Pug dog encephalitis. In addition, no cure has appeared for its treatment until now. This brain inflammation is only seen in Pugs as the disease name suggests. Young dogs are often prey to this fatal case. Your dog may also have epileptic seizures.

As a Toy breed, he is susceptible to Legg-Calvé-Perthes Disease. Hip joint issues deter blood supply to the femur. Limping is an initial symptom.

Obesity is another health concern for this dog. Nerve degeneration in old dogs, skin infection due to folded skin allergies are some other problems.

Pug is one of the low maintenance dogs. But he also needs some supervision for a healthy relationship between you and him. Pug charm mainly lies in his face and folded skins are impeccable part of his facial structure. These stacked skins requires weekly cleaning with cotton swabs.

This is especially a calm dog making no fuss over almost anything. So as an apartment dog, he is quite fantastic. His care also calls for less exercise and this characteristic brings him much popularity among busy owners.

But he can demonstrate occasional bursts of energy while outside. Keep him under your watch in such a situation. Pug is a small haired dog calling for only minimal attendance. It means that you have to brush him weekly.

Otherwise, you will start noticing that a Pug also sheds. A hound glove and rubber grooming mitt will keep shedding at bay. Obesity is a dangerous problem that demands regular attention in food provision. You have to be extra careful after bathing the dog. After cleaning, his stacked skins must be dried out properly.

Otherwise, it will be a breeding ground for bacteria, smell and germ. Brush his teeth and clean the ears regularly. Most importantly, trim his nails so that he can move around freely in the apartment without fearing the hard floor.

Pugs also belong to the dogs that require little exercise. They tend to spend a long resting period on a suitable place which is normally okay. Given a chance, he will not bother to move in the house.

Despite these conditions, they must have a bit of physical movement. This is mainly because of their obesity tendency. A short active time will give him mental freshness too.

On the other hand, this dog is capable of showing some sturdy and playful moves if you accompany him. This bigger and harder toy dog can beat many of the other toy breeds. A short walk or a play session in the backyard is often plenty for him.

We should, specifically, caution you if you are living in a hot and humid area. This type of climate sucks out his energy pretty swiftly. So, do not burden your Pug with any extra physical work in that condition.

These companion dogs have feelings for both reward and insult. Pugs are always there to please their owners. So, you will not experience a hard time in training him.

But do not hurt his feeling in any way. It will break down his spirit. In an average, you can feed him basic training ideas within 3 months.

Contrary to a terrier dog, Pugs are willing to listen to your commands. But they can be distracted as well. In such a case, you can bring back his focus using some treats. A Pug will never want to miss a treat. Teach him the basic formations such as sit, come, stay, etc. These commands will keep him under control within your vocal range.

Potty training is especially important for him as they are notorious for small bladder. Take him to the proper place at a regular interval when he is still a puppy. He will learn from this practice. Pugs are tremendous social dogs and they may ask for constant companionship.

Here, you have to prepare him for separation issues. Make him comfortable with the idea of a crate or a small area with an exit gate. You can also use him for guest welcome with adequate social training.

Though the Dutch traders played an important role in introducing this breed across Europe, it was originally born and bred in China. Historians suggest that Pugs were available in China even 2000 years ago. Tibet and Japan also had similar looking dogs.

China opened up with European countries in the middle ages and the Dutch traders took the chance to import this superb dogs to their native land in the 1500s. These traders also named the dog as Mopshond.

Chinese royal efforts had an impressive effect on Pugs. They were super cute and lovable because of tremendous royal patronage.

So, these dogs soon captured regal status in the Netherlands upon arrival. It is said that a Pug rendered important service by warning the Prince of Orange of a Spanish attack on his camp.

Later, they turned out to be the mascot of royal House of Orange of Holland as a gesture to this valuable service. Pugs came with William and Mary of Orange to England as they were about to assume the throne. Their first impression on English soil left the British aristocrats into a frenzy. They also developed a taste for this particular dog.

In the 1800s, there was a set standard for the breed as the Pugs managed a strong foothold in England. Their first exhibition took place in 1861 and their place in the Studbook was secured in 1871. Queen Victoria owned several Pugs. The American Kennel Club accepted it as a distinct breed in 1885.

For your kind information, America had its first Pugs only after the Civil War. 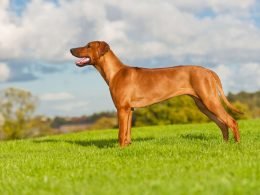 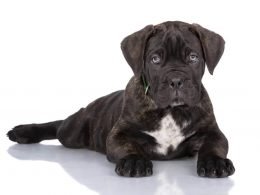 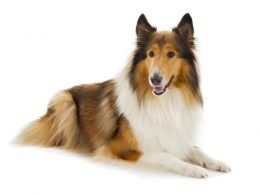