The Cane Corso is a medium-large and strongly built Italian dog breed. They belong to the ‘Working Group’ dogs. By the way, ‘Cane’ means ‘dog’ and ‘Corso’ denotes ‘protector’. He vigorously protects the family members and the pets he grows up with.

Obviously, its name proudly declares the guarding capacity inherent in the breed. He seeks plenty of tasks. He just dislikes sitting around. Cane Corso has a demand for a large free zone. Tough testing grounds such as a farm or a ranch are the most suitable places for him.

In fact, town folks may have to continuously look for dog sports or events to keep him busy. An idle Cane Corso is enough for destroying your spotless place. He is scarcely a social dog and does not care so much for the people outside his family.

Dog experts suggest that you have only 4 months to outperform the inherent dominating genes of a Cane Corso. This short period after its birth determines the way he will act throughout his life. Your dream Corso deserves dream dog names.

They possess a fiery attitude of a Mastiff along with formidable height and weight. Corso also bears a royal facial disposition. All these features place him in a frightening capacity. A true dog lover loves these obvious traits.

A well-trained Cane Corso pays back a huge dividend. Usually, this dog is moderately intelligent. Once trained, he knows exactly how to act in a situation. Approach him and he remains calm. Threaten him slightly and you must pay dearly.

Once trained, he is a devoted, loving fellow. He offers a firewall of security for your family. Their sensible mind makes them reliable and stable. He presents instinctive reflexes. The slightest sign of threat triggers a protective sense in no time.

This is a top smart dog. Smartness reflects basic job performances, social encounters, deft situational actions, owner satisfaction, and cooperation. In fact, it contains an unending list of ingrained qualities we crave for in our pets.

A Cane Corso lover recognizes this guard dog. He is ferocious while in a defensive mood and secures his territory. With proper socialization, he is not loathsome to the other’s presence. But he is unlikely to act mellow.

He vigorously defends the family and is rarely welcoming to a stranger. This is a tough worker and prefers doing something to a snoozing session. Corsos are hunters and no tiny threat can escape their senses.

His high intelligence, family-only attitude, protective nature, swift responses, and relentless working capacity put him in the smart dog category. In other words, he actually knows his job and performs those accurately.

They like dry, raw, half-raw, and cooked protein-rich items ranging from meat, fish, vegetables, egg, milk, treats, and supplements. Puppy growth asks for a bowl containing ½ kg of dry and ½ liter of liquid food including vitamin, carbohydrate, protein, and fat.

Puppies need animal fats like sour cream, butter, milk, and seed oil-containing vegetables. You must consider large breed puppy food for a Cane Corso. Based on his fat accumulation, you have to enlarge the bowl until he reaches three years of age.

The National Research Council of the National Academics advises that an adult Cane Corso weighing above 90 pounds requires 2100 calories a day.

Why additional care in feeding?

His exhausting physical drives urge for more calories. Put in some supplements such as salmon oil, multivitamin, and treats. If he is inactive, slash down the calorie consumption. Do not leave scattered food around him.

An idle dog with a lot of food gathers unwanted fat. Obesity weighs heavy on his daily life. He turns unwilling to participate in jogging or exercise. He must have access to plenty of fresh drinking water too.

Free feeding breeds ill practices. Seek specialized advice from a vet for his food regimen. A vet identifies the food items that trigger allergies or other problems. Chop down those hazardous elements from his meals.

Cane Corso leads a healthy life. Typical of the larger breed, he suffers from Hip Dysplasia leading to an odd gait. Records show that almost 40 percent of the Cane Corsos are potential patients of this genetic hip condition.

Elbow Dysplasia is responsible for 16 percent of their ailments. Fortunately, you can verify these bone-related conditions with an X-ray. Check him before adoption. Pay a visit to Corso’s parents for a better understanding.

Mange is caused by mites sheltering on the skin. Cherry eye leaves abnormally red eyes mostly under the age of two. Bloat is a gastrointestinal condition that takes lives rapidly. Large dogs with broad chests experience it.

Which preventive actions save extra hassles?

An early prescription might save him a lifelong disability. Late treatment always soars your costs up.

As a Mastiff dog breed, the Cane Corso needs many things. Never forget to walk or jog with him for at least a mile every day. Working Corsos require excessive physical stimulation. Short-living larger dogs need a top-notch dog care recipe.

Let him join the dog sports or events. Take him to a hunt, ride, or hike as he makes a fascinating partner. Admit him into a dog school. He is an incredible herder. Employ the Corso in an exhausting job.

Arduous jobs drain his overflowing energy and calm his temper. However, a Corso below 18 months must not go through rigorous exercise. It harms his fragile strength as well as the physical structure.

Supervise him while a visitor comes to meet him for the first time. This practice bridges the gap between the dog and the guest. The Corso is unlikely to go rowdy if you timely tame him down. The guest may also enjoy a splendid time with the dog.

Keep your dog inside an enclosed area at home or have him on a leash while outside. It pushes away many unsought troubles.

Present the outer world to him and train him to accept other people’s presence. Moreover, teach him how to play along with other pets.

Establish your leadership and stop praising an unwanted attack. Rebuke him for naughtiness. He must understand that no assault is allowed. Strangers must avoid making funny threats to the Cane Corso. It may go wildly wrong.

Spend quality time with your dog. Subsequently, he flawlessly touches the cord of your mood.

Large breeds prompt large medical bills. Brace yourself for 10-12 years of good spending. Either shy away from big bills or adopt a Corso. You may not be lucky enough to have both.

The Cane Corsos are like sharks in the canine kingdom. Stress bothers them not. So, a Corso seeks a lot of exercises. His muscle, metabolism, and behavioral issues are satisfied with a mile of running or a brisk walk.

Also, they love hiking or biking. Manage a huge backyard for him. He will play on his own. Give him a job like rounding up the animals, accompanying your children somewhere, or assisting a hunt.

Play catching or fetch with him. Let him occasionally chase a small animal under your supervision and trust me that’s one exhausting job with lots of turning and twisting around. This zigzagging meets his exercise craving.

Learning new commands provokes mental stimulation. Revive the old tricks. Children can take it to the next level with their imaginative thoughts. Get the Corso and the kids together and go for a game.

Cane Corso gains fat sans physical and mental stimulation. Lethargy arouses destructive behavior. He picks fights or starts digging holes. And a giant dog with a naughty mind is the kind of experience you may really want to avoid.

The training is half accomplished once the bossy attitude subsides. He is a giant dog with a scary attitude, ready to grab the leadership of the pack. He grows up rapidly. So, you must not procrastinate in commencing the training. Unless you are experienced, take assistance from a professional dog trainer.

Crate training:
Crate training confines him at a designated spot. Use a crate for his sleep and meals. Keep it nearby your bed or room. Initially, he raises a fuss and cries out. Ignore your heart and let him sleep there. Otherwise, he soon takes over your bed and couch.

Obedience training:
Obedience training basically shapes his future life. A loyal Corso respects you. Therefore, it becomes easier to regulate his behavior and attitude. Simple commands easily chime in his head. Walk him on a leash. Instant rewards and punishments do wonders for a large dog.

Socialization training:
Socialization lies at the core of his training course. Take him to places with you. Meet and greet people and animals to inspire affability. Take some treats and let the stranger feed the dog. Food-lover Corso relates treats to meeting people. Socialization burns out his ferocity and reduces tensions. It teaches him handling a crowded situation.

Positive Attitude:
Positive reinforcement and treats lead the dog into action. He likes praises. Withhold the treat if he does something wrong. Forbid him from doing something with a simple ‘no’.

Aggressiveness:
Never act aggressively to make a strong point. Keep him inside the crate oftentimes so that it becomes an acceptable deal for his ill behavior.

Barking Issue:
Corso jumping up on your lap is neither a pleasant sight nor a great experience. In such an instance, avoid eye contact and display no excitement from your end. Do not tend to his demands until he stops barking. He must learn this at his tender age

Biting Issue:
Biting turns into a social or legal issue. It calls for stern actions. A calm and determined ‘no’ will most likely be enough to prevent him. If not, then leave him immediately and busy yourself with something else.

The dog soon gets that biting means your departure. Let him stay alone for a few minutes to a few hours. It allows you peaceful work time and he learns living all by himself.

The Cane Corso’s history dates back to ancient Greece. Romans invaded Greek islands and brought their forefathers to Italy primarily for battle purposes. Those were called Mollosus dogs, named after the archaic Greek tribe Molossi, who used to breed them.

What was the Roman contribution?

Romans mixed the Mollosers with the native Italian dogs. Thus came into existence the Neapolitan mastiff, the larger relative of the modern Cane Corso. The Roman used this Mastiff dog in the conquests.

As a suicide attacker, this dog would jump into the opponent camps with burning fire attached to its body. Hungry Corsos were unleashed into the enemy lines. These tactics had huge psychological implications in the war.

The hungry Corso would tear apart anything that falls in front of him. With the demise of the Roman empire in the 5th century, the dog came to mass use as guards or hunters. He is a splendid game performer with boars, bears, and large prey.

How did he win people’s hearts?

His agility, ferocity, and size helped him gain a job in the farmsteads, hunting grounds, and large properties. He was the guardian angel of a family and its belongings. The modern world had little demand in the ferocity of the Corso.

Enthusiastic Italian breeders revived the reputation of the dog in the 1970s. They formed the Society Amatori Cane Corso and showed them across Europe. In 1988, the first Cane Corso was born in the USA. The AKC recognized this rock star breed in 2010. 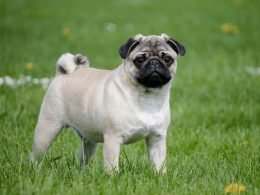 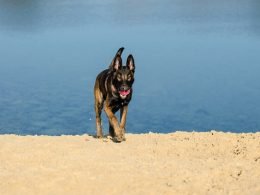 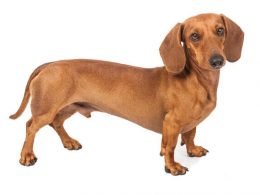