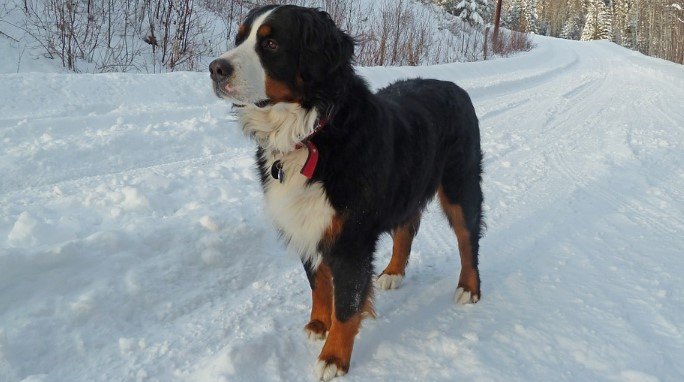 In This Article Dogsculture Covers:

Bernese Mountain Dog hails from Switzerland. He is a tireless worker, impeccable guard and sweet companion. He was actually bred to be a farm dog and later this dog has dramatically expanded his fields of work.

Nowadays, he is a reliable family dog capable of enduring strength. This is a beautiful long haired dog. But his lifespan is somewhat shorter than you might expect from such a wonderful canine companion. 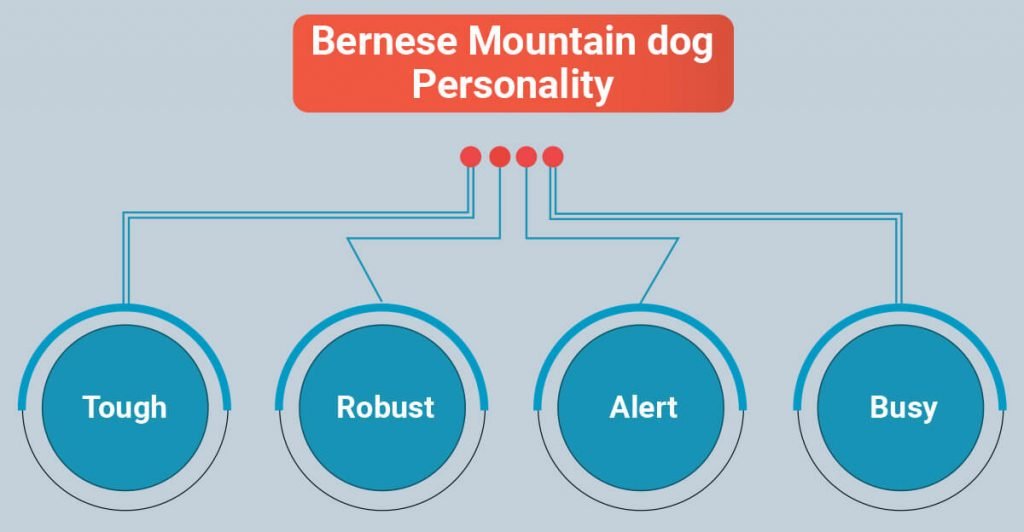 Frankly, the Barnese Mountain Dog is a tough choice for a novice owner. He is extremely agile and athletic. This dog possesses hyper energy for any job you offer him. When you cannot give him something to do, he is likely to romp around all for nothing. It burns his strength and pleases his inner soul.

Berners can even pull carts and sleds for your kids. His inherent robustness is not without accompanying calmness. This quality fits him well in a family with kids except for a puppy. Puppies are mostly inconsiderate in nipping as well as biting.

Chasing habit and the other wilder aspects gradually fade away as the Bernese proceeds to maturity.

Rather, he becomes patient along his advancing age. This is a very alert dog responding well to his circumstances. So, he makes an excellent watchdog.

However, aggression is not a common behavior in this dog breed and such an act should not be applauded in any way. Serious work drive does not let him stay confined in a place for a long period of time. Destructive chewing habit is a natural characteristic of a puppy Berner.

Wherever he goes, large size easily puts him into a prominent position. This dog will be late to reach maturity as is the case with so many large dogs. This dog is likely to show a bit of shyness in the vicinity of strangers.

The Bernese Mountain Dogs are extremely intelligent. They capture the 22nd position on the dog intelligence list prepared by Professor Stanley Coren. They are witty and amicable. They are always curious and look forward to learning about the things going on around them.

However, they can be a bit obnoxious while they are hot on the heels of a prey. Beautiful furry look gives them access to seemingly unattainable things like treats. You just cannot deny his demanding dark eyes. Strangers are usually not very welcome because of their timidity.

Mostly, they are amiable and can go along fine with the animals they have been brought up with. These dogs can get the essence of your commands pretty quickly and are good at learning the training techniques. 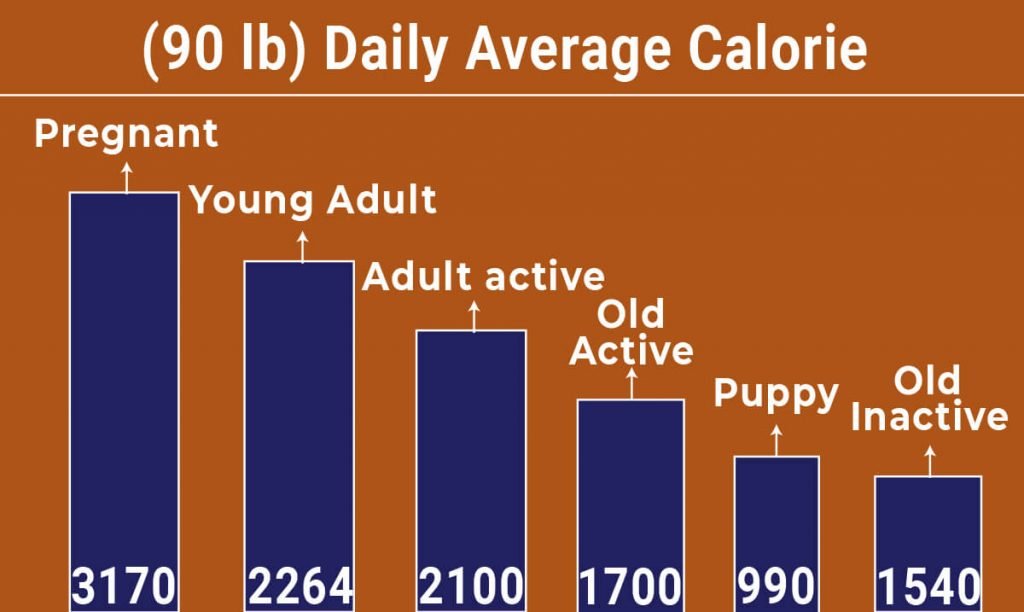 An adult and active dog demands 6-8 cups of high quality dog food. You have to divide this amount into two portions for two meals.

On the other hand, a puppy will need 3-4 meals a day. Your dog’s food should contain 18-26% protein.  A worker dog cannot do with less than that. It is the source of his energy. Beef, fish, lamb, seafood and chicken secure animal proteins for the dog. Fish oil and flaxseed oil can provide him with the necessary fat.

These are the Omega 3 fatty acids which are vital for his skin and coat. It also acts as a reservoir of strength for the dog. Fat protects his internal organs by building a layer upon them. Food requirement really depends on his age, health, sex, activity level and so many things.

So, you have to find out the perfect amount of food for your dog. You can also take advice from the veterinarian in this regard. Less filler and more nutrition must be the motto while looking for the best Bernese Mountain Dog food. If you prefer commercially prepared items, look out for large dog food.

This mountain dog from Switzerland is a healthy dog breed. But some of them may be susceptible to a few conditions. It is always safe to bring a large dog that has been certified by the Orthopedic Foundation for Animals (OFA) along with a clearance from the Canine Eye Registry Foundation (CERF).

Berners are big dogs and naturally tend to suffer from hip and elbow dysplasia. It can be screened out with an X-ray test. These diseases affect his natural movement by attacking his leg joints. They may end up on a surgery table in search of a final solution.

Progressive retinal atrophy will gradually take down his vision. The dog will ultimately suffer from blindness. Cataracts also lead to the loss of eyesight. Check out for bumps or sores on his skin. These are the most common symptoms of several types of cancers that affect a Berner.

Incessant bleeding or breathing difficulties are the other signs of cancer. Von Willebrand’s Disease is going to prevent blood from clotting. The dog will lose a significant amount of blood in case of an injury if kept untreated. DNA tests can identify this disease.

Bloat is always a huge concern for a large size dog. It is a stomach condition that takes place due to excessive physical movement before or after a meal.

Let him take rest during these times. Your dog may not experience any of the above mentioned problems. But your general ideas on such issues can save him if need arises.

Bernese Mountain Dog has a long double coat. The outer coat is mostly what is visible to our eyes. His undercoat is of woolly type. This dog sheds all through the year. But you will notice a redundant shedding during the seasons.

Steel pin brush, slicker brush or a metal comb can handle his coat. You have to brush him 2-3 times every week. The coat also tends to matting and a metal comb will successfully deal with this issue. Dirt cannot stick to his coat because of tremendous shedding.

So, bathing is not an urgent demand. Usually, 3-4 baths a year will do just fine. His ear canals should be protected from water entrance. Trimming his nails and cleaning the ears are of paramount importance. Brush his teeth several times a week. The Berner should be on the leash while you are going out.

Especially, this is not an apartment dog. You have to get him out several times a day.

His mental and physical wellness requires plenty of daily exercise. A few romps in the backyard is not going to do the job. He needs free running.

So, you must go for an exercise. He must have an hour of physical activities. Teach him hand signal tricks for safety’s sake. His workout schedule may be divided into two sessions respectively in the morning and in the evening. These are the most suitable time for exhausting workouts because of his tendency to heat stroke. He has a long coat that makes him an easy prey to hot and humid weather.

However, he does not seek for special care in the cold. He is fit for all kinds of exercise such as running, swimming, jogging, walking, hiking and so on.

Berners are also good at agility, tracking and rally. They can pull carts carrying your children. In a word, you have to burn down his boiling energy. Otherwise, the dog will create nuisance. Get an overall idea on dog care too.

The Bernese Mountain Dogs promise acute intelligence and they respond well to the training programs. Controlling them effectively should be your first priority.

So, you can begin with socialization and obedience training as soon as possible. It will put his behavior under a cap for the rest of his life. You have to get him under a leash when he is still a puppy so that he does not make a fuss at the adulthood.

Prepare a comfortable environment inside the crate. It will help him with house training. He will also learn to handle separation issues on his own.

But keeping them confined into the crate for indefinite period of time is a bad sign. If it continues to happen, the dog will get upset easily.

Basic dog commands such as ‘sit’, ‘come’, ‘go’, ‘stay’, ‘leave’, etc should be on his daily routine. Once the dog catches at these commands, he can jump into the next level of complex training. You can prepare them for drafting, agility, rally and herding.

The Bernese Mountain Dogs have come from Bern, Switzerland. They are thought to be the descendants of Roman Mastiff dogs. Romans attacked the Alpine regions some 2000 years ago. These Mastiff dogs were crossed with the local breeds which resulted in Berners.

Berners are one of four Swiss Mountain dogs. Bern canton has always been a bread factory for Switzerland. This dog has been guarding and serving the farmlands of Bern literally for centuries. Rapid industrialization reduced the necessity for this dog and their number remarkably fell down in the 19th century.

But in the 20th century, popular interest in this dog sprang up again because of their awesome companionship quality. A Swiss dedicated dog club was established in 1907. The Bernese Mountain Dog set its foot on the American soil in 1926. It was accepted as a distinct breed by the AKC in 1937.

Nowadays, Berners enjoy sky high demand in America as they have positioned themselves on the 22nd spot in the AKC breed popularity list.