The Beagle came to use for their scent capacity. These scent hounds are never tired when their nose picks up an interesting trail to follow.

Little size gives them access to nooks and corners of your place as well as a hunting ground for small games such as rabbits and hares. They usually like to hunt in a pack. Beagles are naturally jolly with occasional streaks of hound obstinacy.

Most importantly, this is one of the best dogs for children.

Beagles promise a happy, sweet and extrovert character. This is comparably an easygoing hunter. Determination lies at the core of their personality.

Whatever they do, they will make use of both their heart and mind. This is true when they are having a merry time as well as a show of stubbornness.

Smell receptors tremendously influence Beagle activities. As a scent hound, he is going to follow a zigzag path instead of a straight one. So, outing will always mean a bit of tracking and scenting here and there.

As a result, you should allow him some freedom of movement while taking him to a stroll. His inner Einstein would love to take a look into both the trash bin and the treats you are hiding from him.

Beagles bark and a bored Beagle does that a bit more. Lovers identify this behavior as a musical charade. But your neighbors are not going to like it very much. You can keep him occupied with tasks and company so that he does not feel dull.

In a word, Beagles are basically good natured dogs with slight temper tantrum.

Yes, the Beagle lacks in so called dog smartness. This dog has positioned itself on the 72nd position in the dog intelligence list set forth by Professor Stanley Coren.

However, Beagles are the 6th most popular dog breed according to the AKC list. In fact, dog intelligence score depends on several factors such as trainability, adaptability and so on. We have to remember that a specific dog is bred for a certain purpose and your Beagle is a hunter.

So, his natural skills do make up for the other fields of expertise. Because this dog has mastered the actions of smelling and hounding.

Experts opine that a Beagle is very much likely to look down for an ocean of scents around him than to look up for your precious training techniques.

However, personal choice never depends upon expert opinions. Beagles are almost sure to trace out their desired objects using an incomparable smelling capability. Showing tricks means little to him. They are going to be independent and not so much caring which is usually translated into rigidity or stubbornness.

It is actually a blessing in disguise. He will rarely bother you with too much demands except for foods and treats. This dog is unlikely to follow each of your commands.

On the other hand, there are very few competitors who can surpass his tracking and trailing capability.

Moreover, they are superb companions across the age levels. Fun is in the core of their existence.

Food amount depends upon his activity level, age, health and so many other things. But we are going to discuss a rule of thumb regarding the amount and items.

Quarter of a cup to one and a half cups of high quality dog food will suffice his daily requirements. You can evenly distribute this amount into two meals for an adult dog.

If you add treats for training purposes, the dog will seek nothing more. We put special emphasis on food quality because high end products work against obesity. Fillers are actually responsible for a fat dog. High quality products are free of fillers. It contributes immensely to his nutritional needs. This little dog is likely to gain fat quite effortlessly.

So, you have to keep distance from bad food. Homemade food demands vet supervision. This dog can do well with a commercially produced food as well.

Beagles have dental issues and they can make a good use of dry dog food. These are active dogs and must have access to regular meals. High protein diet should be the base of their meals. Good food will leave a mark in the form of a sound health and a shiny coat.

The Association of American Feed Control Officials (AAFCO) describes all the diet elements a dog needs. Apart from regular meals, your dog should have access to clean and fresh water.

Beagles are generally healthy. But you have to know about some common dog diseases that might affect them. It means that you are a responsible owner who can identify the biggest issues and can take precautionary measures.

First of all, you should ask for some specific health clearances from the breeder. Health certificates from the Orthopedic Foundation for Animals (OFA) and the Canine Eye Registry Foundation (CERF) are always useful to prevent some hereditary problems.

Hip dysplasia, cherry eye and progressive retinal atrophy are some major cases. Dysfunctional hip joints, red spot in the eyes and gradual blindness due to loss of photo receptors are respectively the problems in these diseases. Luxating patell causes slipped out kneecap.

Hypothyroidism and epilepsy are two other diseases to reckon with. His drooping ears will bring in some problems as well. Regularly check inside of his ears to prevent any wax build up and dampness. Brush his teeth to avert dental concerns.

Beagle does not seek too much of your care as he is one of the low maintenance dogs. Artistic grooming is not necessary for this dog breed because of his short hair. He has a smooth double coat.

He is not an excessive shedder except for Winter and Spring. Use a hound mitt at least once a week all over his coat. It will lessen visible shedding to a great extent. Brushing is mandatory because of his hunting nature. This habit gets him into all kinds of dirt.

But in a normal situation, Beagles need fewer baths than most other dog breeds. Three baths a year are just fine unless some stinky dirt appears on the dog.

However, his droopy ears are matters of concern for you. Clean those ears with vet suggested cleaning solutions. Nail trimming is also a regular aspect requiring your attention. Brush his teeth as well.

Your Beagle will run a lot around the house. This is primarily to satisfy his smelling urges. So, there should be a fence at all four corners.

Otherwise, he might end up being lost due to his wandering tendency. Identification tag is especially vital for him. They need regular exercise. A yearly health check up is also recommended. Your Beagle can benefit from general dog care tips.

Physical exercise is important for his mental freshness too. It keeps boredom at bay. We have already mentioned that a bored Beagle will start singing or barking.

Running or walking is a good way of getting him into shape. He can accompany you while jogging. If your dog is adult and healthy, let him go for intense running. It is good for him. Puppies and older dogs should not be exposed to too much activities. They can go along well with 15 minutes of daily scheduled exercise.

Once they reach 18 month of age, you can put them to a good amount of work up. Pent up energy leads to destructive behavior which is quite uncommon to a Beagle. Playing hide and seek using treats is also a fine technique that you can apply on him.

Avoid exercising in a hot temperature and give plenty of water to cool him down.

Beagle training takes immense patience on your side. It happens because of their kind of careless nature. Moreover, they are unable to focus on something for a certain period of time.

So, how can you achieve your training goals? The answer lies in a judicious use of treats. As a food lover, they cannot ignore these tasty food aids and follow through your instructions.

But the assigned time should be compact and focused. Give him a job that he likes. Set him on tracking and smelling. It will attract him the most.

The dog must learn the basics of socialization. This is vital for a peaceful home environment. They do not possess those pleasing attitudes like the companion dogs. Strict rules are your only way out of this situation. Set these rules in the early training period.

Get him acquainted with the surrounding sounds and sights. Repetition is the key to his learning. Teaching primary commands like sit, come, stay are going to test your perseverance. Introduce him to the crate as soon as he set foot in your place. It will make house training easier.

Once he learns that the crate is his abode, he will not spoil its environment. By the time, you can set a scheduled time and place for his discharge. It will also help him handle separation issues. Make the training session fun. This is an energetic dog and he will love to play a lot.

The history of Beagle origin goes back to the pre-Christian era. These dogs were in England long before the Romans started conquering English soil.

But of course, this is the best guess. Definite mention of Beagles can be found in the middle ages in English and Scottish references. Kings and queens enjoyed the company of the Beagles as has been depicted in paintings. King Edward II, Henry VII and Queen Elizabeth had certainly petted packs of Beagles.

There are two words in Celtic and Gaelic languages respectively meaning ‘small’ and ‘loud mouth’ which can be related to the root word of ‘Beagle’.

There is a considerable debate on this issue. These dogs have been extensively used for rabbit and hare hunting in the middle ages. Owners, who could not afford a horse, were especially fond of Beagles.

Due to a small size, they could easily keep pace with the dog on foot.

After a long history in England, Beagles landed in America in the latter half of the 18th century. Americans took considerable interest in this small hunter because of their rabbit chasing hobby. The AKC accepted the first Beagle in its registry in 1884. Thus the age old records of the Beagles have contributed to embellish an easy going hunting dog. 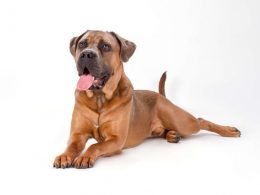 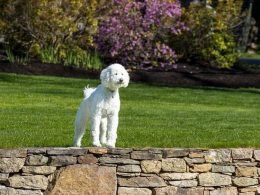 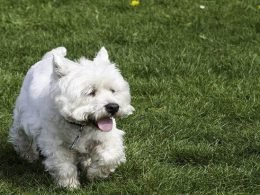